Made by Uist artist Ani George, this chess pieces are carved from locally cast wild red-deer antlers. The chess board is locally made and framed with wood from the pews of the former Carinish Church in North Uist.

The wood originally formed the hymn-book rests from the church’s pews. Removing the outer layers of paint revealed an extraordinary find of dates as early as 1918 and many names and initials of local church-goers have been etched into the wood. The church dates back to 1889,

“It’s full of names, dates and initials. The wood has sea-worm holes so it originally came from a boat or as driftwood. One inscription says AMC Kamar, which appears more than once. One idea was maybe this was a military boat and maybe inscriptions were written on the boat and not at the Church”

During  World War I  British passenger liners and fishing boats were requisitioned by the Royal Navy for conversion to armed merchant cruisers (AMC). They were used for convoy an patrol duties. In the index of British merchant vessels lost 1914-1918 there is reference to Karma which was shelled and sunk by U39 on 20th July 1916, 68 miles NNW of Algiers. It was carrying coal so was most likely part of a convoy.

The set is called “Hebridean Land vs Sea”. The Land pieces are all carved into the brown outer layer of antlers, the Sea pieces have had the outer brown layer of antler sanded off to expose the white under layer then carved and “Scrimshawed” using a natural earth paint made with pottery, from an archaeological site at Baleshare beach, which had been eroded onto the beach during a battle between the land and the sea.

With the game of chess being a battle, each carved piece denotes a player depicting the ever-changing battle between the land (brown) and the sea (white) using archaeological, Scottish Folklore, people and ancient artifacts from Uist.

The board representing the battlefield is made of pine and meranti squares with a unique frame made using wood from the church.

The chess set is one of the artworks on display until August 6th at the Uist Arts Association’s Summer Show at Taigh Chearsabhagh Museum and Arts Centre in Lochmaddy, North Uist. It’s part of the summer Art on the Map trail around Uist and Barra. 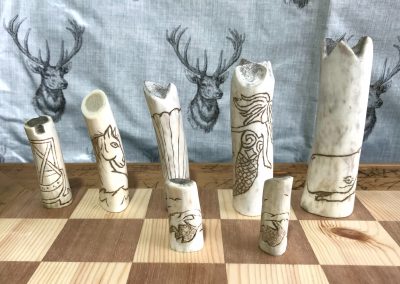 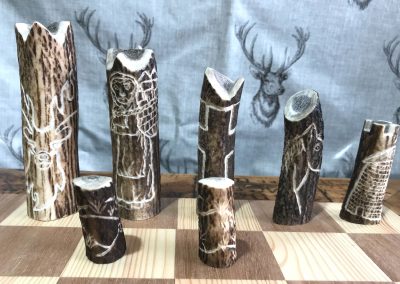 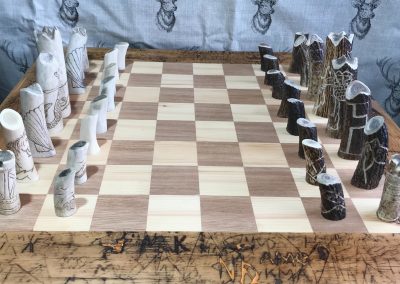 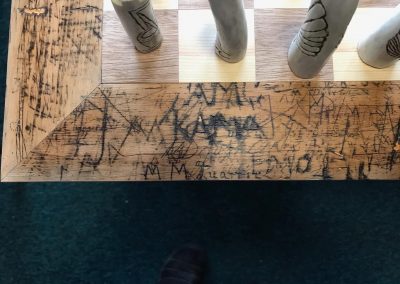 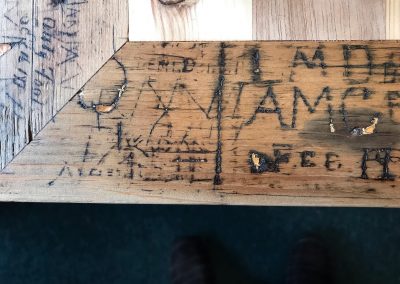 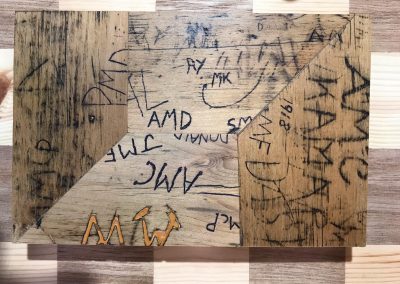 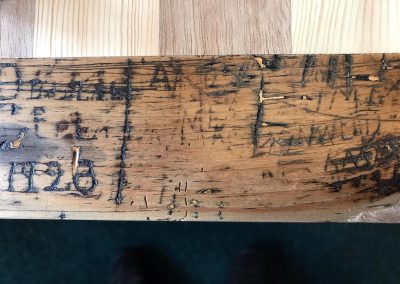