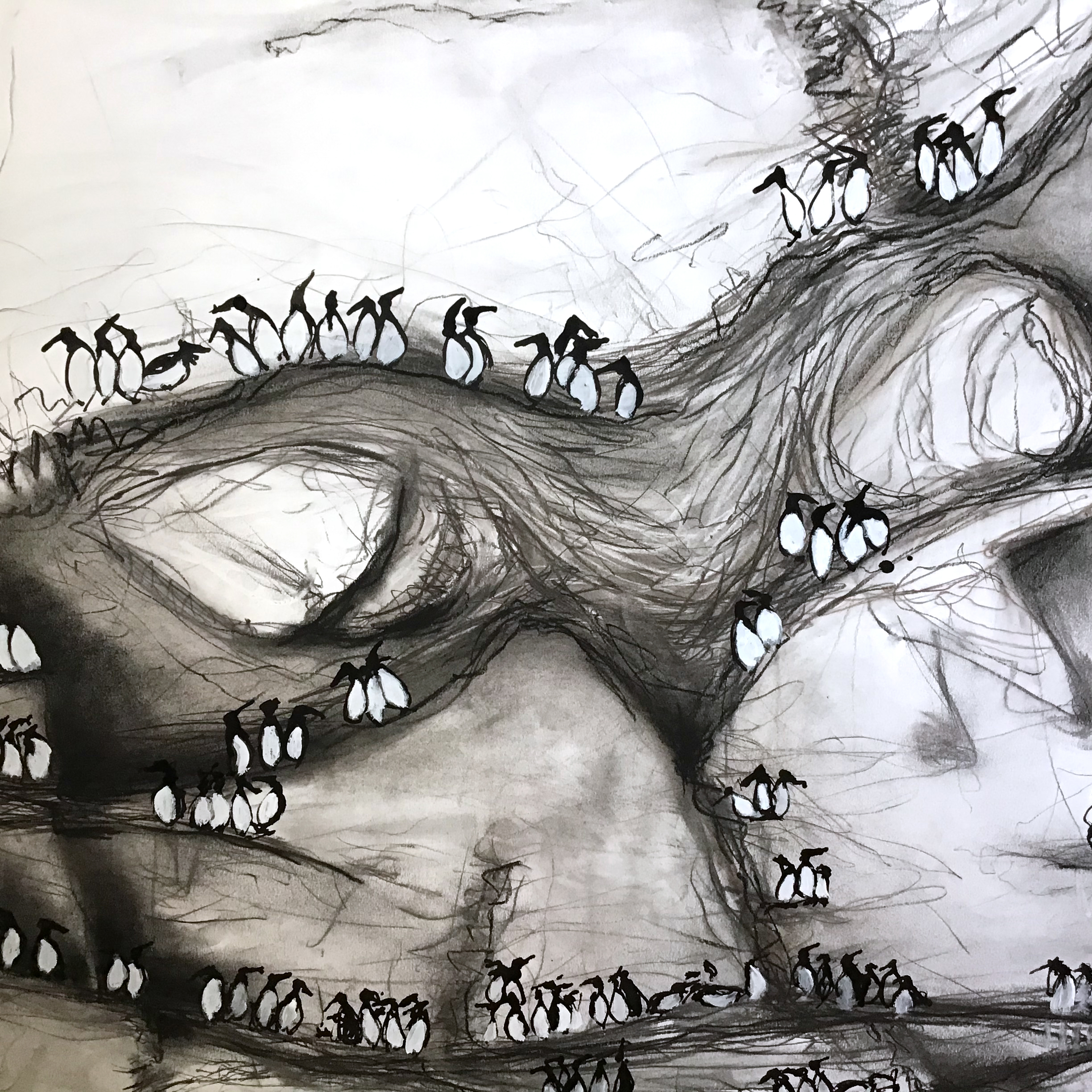 The Guillemot Shelf – The Antidote to Social Distancing.

I love it when the days lengthen and the summer breeding seabirds arrive on their own river in the sky, no visas or tickets, just an instinct and knowledge of their own world. They live in this edge where the elements meet, at home in the air and water, and settling on land to breed. Seabirds are special in the bird world, they form less than 0.05% of all the bird species in the world, and while they are all specialists in their own way, they share a number of common features. They tend to live long lives, often 30-40 years, with some albatrosses living up to 80 or 90 years. They are slow to mature and to breed, and faithful to their partners for many years, forming strong relationships where they raise only one or two chicks a year. They spend much of their lives at sea, only coming ashore, at the edge, to breed.

I have had the joy of kayaking along under guillemot cliffs, and perhaps because of this they are one of my favourites and are the force behind my current work.

Several ideas have been rattling round in my head for a while, one is how to find a way to portray this crazy living wall that is the guillemot cliffs, humming, rasping, buzzing, crying, chatting, shitting, screaming, a microcosm of a densely packed city perched on tiny ledges up the cliff.

In Adam Nicolson’s ‘The Seabird’s Cry’, he asks you to:

When you approach from the land you hear it first, but from the water, you see them first; bobbing on the water, and swimming below your boat, and in the air, legs akimbo crash landing on the surface.

So, this spring I’ve been drawing guillemots, firstly in anticipation of their arrival and the cacophany of life, and secondly to realise a concept for bigger work.

I’d had a proposal for an installation piece accepted last year for the cafe space in Taigh Chearsabhagh. It was to be exhibited during this summer as part of the wider Scotland’s Year of Coast and Waters theme. I was looking for an opportunity to increase the scale of my work, and I had a vision of a drawing that would be monumental in the busy cafe, filling up the height of the space with the social noise and clatter of crockery and tables to support it and help bring it to life. I planned a work that celebrated our seabird life and coasts and the heady days of high summer on this Atlantic edge where the elements of air, land and sea meet.  Largely abstracted, not literal, but drawing on all that drawing and observation and being on the rocks, as well as the honey of the memories of being in the sea among them in my kayak and looking up. I wanted to create a sense of the towering weight and space of the cliff for people sitting under it; to make them look up at the jammed up life.

But then I found myself in lockdown, trying to make a piece that had been conceived in a different world that might not even get exhibited, in a cafe that might not be allowed to have any customers.

Through lockdown, I’ve been lucky, though, to be able to continue to walk on the shore, to take my sketchbook with me and to sit on the rocks and draw, and this has continued to inform my studio practice. Space to sit and engage with a simple physical activity that stills the covid noise.  But in the studio I struggled at first to focus and direct my work. In the end nothing beats a deadline, regular drawing helped me cross the boundary between observation and imagination, and in time the work took on its own momentum.

I cannot visit this summer, but the guillemots are still there on their shelves. They may not be impacted by coronavirus, but they face their own edge; the past half century has seen a catastrophic decline in the numbers of sea birds globally, and guillemots are not immune. Over the last couple of months working to develop and realise my initial concept, these gregarious birds have filled up my house, kept me company, and populated my world. I feel as though I have drawn them into life. I did not plan or expect to make a piece about lockdown, isolation, and loneliness, but it turns out I have.

Extract from a longer piece called: On the Rocks, A Journey Through My Sketchbook, written for UHI “The Edge” Blog

20_livingwall.MOV from catherine yeatman on Vimeo.